The Future of Cities – What Can Policymakers Learn From Smart Cities Measurements?

Over the last decade, significant attention has been granted to the opportunities and challenges associated with smart cities. This is no surprise, since smart cities are at the intersection of two major trends affecting modern societies, namely (1) urbanization, which will draw two thirds of mankind into cities by 2030, and (2) technological innovation, which has accelerated at such a pace that it is now creating massive global changes, and some backlash (e.g. in the area of artificial intelligence).

Yet, public and private decision makers who navigate the smart city’s development policy cycle today suffer from two important missing links. The first one is poor metrics regarding the performance of smart cities, and how successful the efforts to build them in diverse contexts around the world. The second one is the unbalanced definition generally used for smart cities, which are often seen as ‘technological endeavours’ within which the ‘human aspects’ are often absent or under-estimated.

Let’s explore these questions based on the results of two recent international tools addressing those two gaps: the ‘Smart City Index’ (IMD/SUTD), and the ‘PICSA Index’ (DL Partners). What lessons and policy responses can be gleaned from them?

The philosophy behind the Smart City Index (SCI) is that policy makers and city leaders need more than indicators about available technologies, and deployment of instruments such as smart grids, smart lighting or smart parking. They should also have ways to focus on the ‘why ?’ – rather than only on the ‘how ?’ – to build smart cities. In other words, smart cities should be better cities where the happiness and quality of life of citizens should be the priority and ultimate goal.

The SCI addresses this challenge by gathering, quantifying and harmonizing the collective perceptions of 102 cities around the world about how citizens consider the efforts made by their local governments and municipalities to build smart cities. Its initial methodology was tested through 16 case studies from different regions, including the cities of Dubai and Ramallah from the Arab region.[2]

"How do we create prosperous and content cities in the age of uncertainty? What are the dominant conceptualizations of a "smart city" by policymakers and business leaders in places as diverse as Boston, Buenos Aires, Amsterdam, Dubai, Ramallah, Jakarta, Bengaluru, Singapore and Seoul? Can we set and measure the ideal conditions for growth and well-being in our rapidly-changing world?"

The Index focuses on several key areas: health & safety, mobility, activities (including environmental and cultural), opportunities (including educational and professional), and governance in a digital environment. For each of those key areas, surveys have been conducted across the 102 cities covered to assess not only the availability of smart tools to citizens and local businesses (what the Index refers to as ‘structures’), but also how such tools have effectively contributed to solving existing issues, and improving local lives (what is referred to as ‘technologies’). The results also include key data and perceptions on emerging critical areas across smart cities (for instance facial recognition).

"Policy makers and city leaders need more than indicators about available technologies, and deployment of instruments …They should also have ways to focus on the ‘why ?’ – rather than only on the ‘how?’ – to build smart cities." "Building a smart city cannot be an end in itself. It should aim at improving a city’s performance and competitiveness, while making the lives of its citizens better"

In 2019, the SCI rankings show a prevalence of European cities, even if the overall champion is Singapore. It also shows that, to be smart, it is not necessary to be big: medium-sized cities (typically less than 1 million inhabitants) are heavily represented at the top of the index. In the Arab region, Dubai (45th), Abu Dhabi (56th) and Riyadh (71st) display encouraging results, while Cairo (99th) and Rabat (101) face numerous areas of improvement. Meanwhile Chinese and Indian cities included in the rankings demonstrate how strong policies have benefited smart cities in those two heavily populated countries. Inclusive Prosperity at a City Level: The PICSA Index[3]

Sustained high levels of inequality (or social exclusion) can damage growth and economic stability. Beyond purely economic considerations, governments also have a responsibility to their citizens to ensure that their economies work for everyone. Therefore, inclusive prosperity is important because it creates the conditions for a socially mobile, innovative, confident and successful society.

The PICSA Index (Prosperity and Inclusion at City Level Seal and Awards) aims at identifying the world’s best practices in this regard. Organized in Bilbao (Spain) in November 2019, the inaugural PICSA event recognized the world’s Top 20 cities for Inclusive Prosperity – cities which create strong economies while enabling their citizens to share in the benefits. It aims to show what makes cities successful – both economically and socially.

Contrary to the Smart City Index, the PICSA index relies heavily on hard data, collected from various international sources. It is built around three pillars: economic inclusion, social inclusion, and spatial inclusion/livability. The variables used within those three pillars cover a wide range of urban priorities and policies, such as education, employment, income, social mobility, gender equality, quality of the environment or affordability of basic services.

Like in the Smart City Index, European cities (many of them of small and medium size) occupy a majority of the top rankings in the PICSA index. Taipei, Washington DC, Seattle and Boston also received the PICSA Seal that goes every year to the top 20 cities ranked on the index. Arab cities included in this year’s ranking include Abu Dhabi (45th), Dubai (63rd), Kuwait City (77th) and Cairo (113th). A certain number of policy implications emanate from the combination of the two indices presented here (SCI and PICSA). Such implications naturally vary in importance with the particular economic, social and cultural context of the cities considered. Size also has significant implications on what local leaders can do. So does the degree of autonomy that specific cities enjoy vis-à-vis their respective national governments. In the GCC, for instance, it appears that confidence in government (central and local) is high, and that efforts to improve citizens’ lives are recognized. This should offer a sound basis for fresh initiatives in areas where the regions’ cities score at relatively modest levels, such as environmental quality and affordability. The policy implications stemming from these two indices can be summarized as the ‘A-B-C-D-E-F’ for developing the cities of the future:

A for ‘Ask why’ – Building a smart city cannot be an end in itself. It should aim at improving a city’s performance and competitiveness, while making the lives of its citizens better, and being more inclusive. Hence, a smart city strategy needs to be based around a few principles reflecting local values and objectives; such principles should be people-centric, as opposed to being technology-centric.

B for ‘Branding’ – Cities (and smart cities in particular) are becoming the core agents of global competition. This is true for trade flows, but also for investment and for talent. In such an environment, cities will need to ‘make a mark’ and be visible on the world map if they want to be attractive. The ‘Guggenheim effect’ that Bilbao enjoyed after the inauguration of its landmark museum still remains vivid today. The same may be said for Dubai’s Burj Khalifa or Abu Dhabi’s Louvre museum. Iconic buildings are not the only way to reach visibility, and innovation can be a way to achieve it: when Copenhagen and Amsterdam compete to be seen as the ‘bicycle capital of the world’, both benefit. Identifying one key area of uniqueness (economic, cultural, architectural, social) and supporting it with the appropriate level of local investment and initiatives will be the trademark of successful cities in the future.

C for Combining Prosperity and Inclusion – Prosperity without a strong desire to reduce inequality is not sustainable. Conversely, inclusion strategies that do not support growth, innovation, competitiveness, productivity and wealth creation will remain in the realm of idealistic dreams and poverty redistribution. Building open and diverse societies will be a key ingredient in this respect. So will be efforts to grow, attract and retain talent, with a view to the ‘jobs of the future’.

D for Driving Change – Local governments (mayors, city councils and other elected officials) have critical roles to play in leading efforts in building and managing better cities. They also have key roles to play in driving change in key areas by being a source of inspiration for their co-citizens. Establishing key priorities: re-building a particular neighbourhood, creating new schools, providing access to the elderly and the "differently able", could all be examples of clearly identified tasks, which citizens can appreciate and monitor, especially if relevant metrics are available.

E for Engagement – Citizens should be considered stakeholders, and hence be consulted and engaged as early as possible in major urban planning decisions and local initiatives. This will avoid costly backlash (against ‘useless investment’ for example), and ensure continuity and sustainability in a city’s efforts to become smarter.

F for Foreign – Cities around the world are offering a huge array of experiments and innovations. Over the last two decades, what happened in Dubai and Abu Dhabi in terms of urban projects and architecture has become a reference for many fast-growing cities in other parts of the world. Similarly, the debates emerging in several cities in North America and Europe about the value and dangers of video-surveillance, face recognition and self-driven cars in urban environments may be an indication of similar tensions in other cities. Multiplying opportunities for mayors and city leaders to describe their local experience and learn about that of others may accelerate the adoption of best practices, while mitigating the risks of making costly mistakes.

This five-component approach and the quantitative measures described above (smart city index and inclusive prosperity) can help policy makers develop city-centric and future-proof strategies. In the end however, it is only the support and engagement of citizens that will make such strategies sustainable.

Bruno Lanvin is the President of the Smart City Observatory, the Executive Director of INSEAD’s Global Indices, and founder and CEO of D&L Partners. Read full bio here.

[1] The Smart City Index was launched officially in October 2019. It is produced by the International Institute for Management Development (IMD) in Lausanne (Switzerland) and Singapore’s University for Technology and Design (SUTD) in Singapore.

[2] Researchers at IMD Business School and the Singapore University of Technology & Design’s Lee Kuan Yew Center for Innovation Cities explored these questions in "Sixteen Shades of Smart: How cities shape their own future" published in June 2019.

[3] The PICSA Index was launched officially in November 2019. It is produced by the D&L Partners (Geneva). In its initial version, it covers 113 cities. 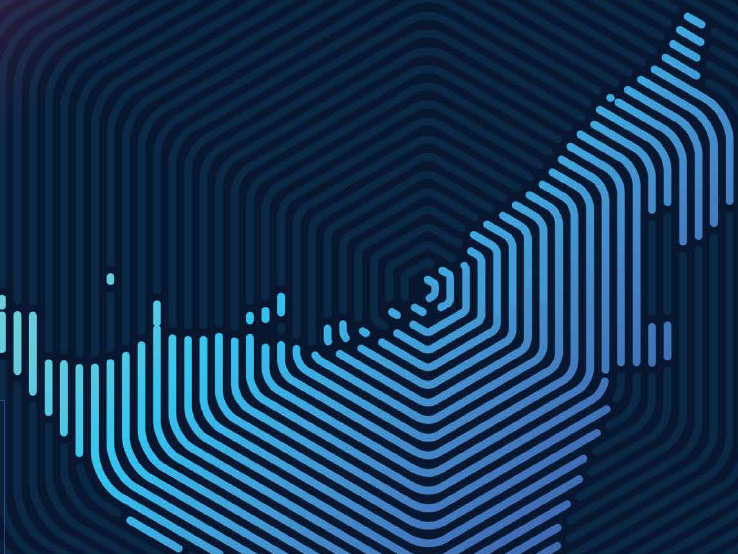 Developing the Digital Future of the Arab World: A Policy Roadmap towards National Agendas 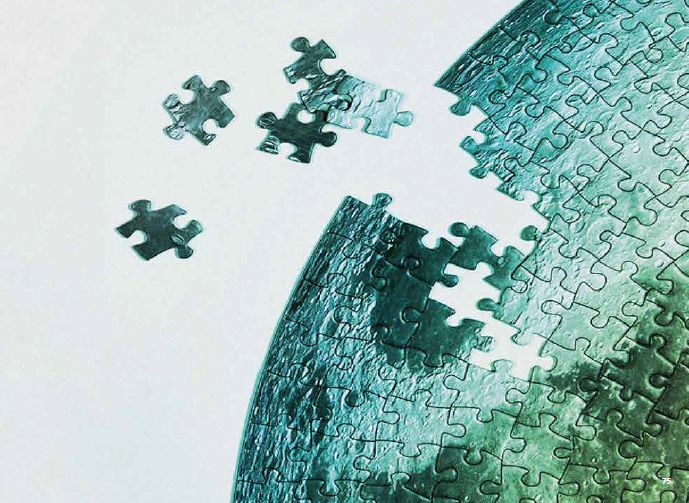 How to Implement Policies with Impact? A Policymakers’ Toolkit

Governance for the SDGs - How Can We Accelerate Achieving the Sustainable Development Goals? 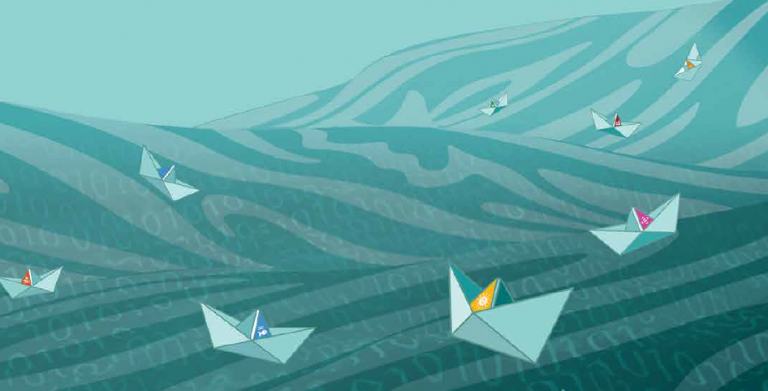 Turning the Tide in the Arab Region: How Data-driven Policy Can Accelerate Achieving the SDGs 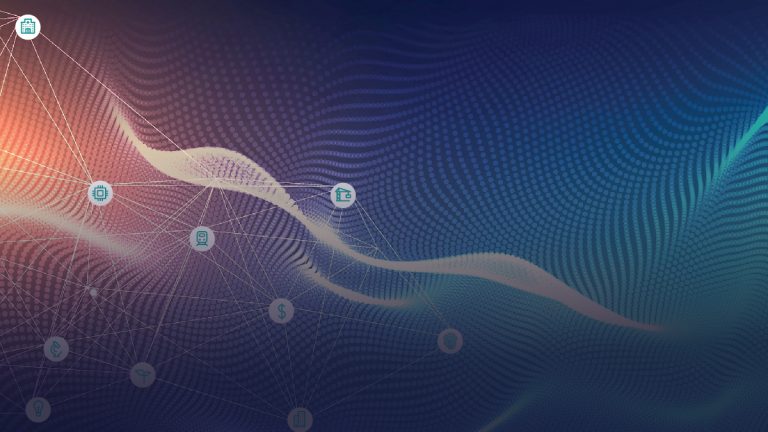 Can Digital Government Accelerate the Sustainable Development Goals? A Pathway to the Future 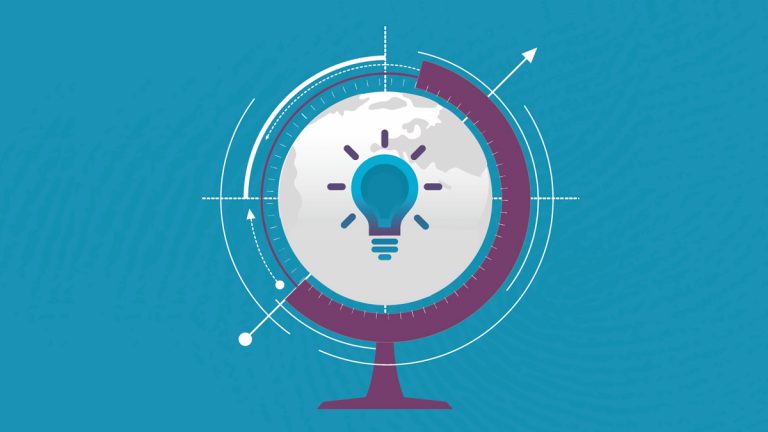